Welcome to the ANS section at UIUC!

Want to participate in our section?

At UIUC, we're dedicated to the professional development of our members and the furthering of their overall knowledge of nuclear sciences regarding legislation, community outreach, and engineering.

Enter the required info below to subscribe to our section's newsletter! It is easy to unsubscribe, but that email can never rejoin.

Meet the officers and fellow members to get more involved! Check the calendar below or newsletter for the next one.

Go to this link for instructions on paying dues.

Check out what we're up to!

This calendar is continually updated and contains dates for all confirmed ANS events, deadlines, and more. Interact with the calendar to find details on the location, time, and date of events. If you would like to suggest an event to host or for ANS to participate in, feel free to reach out to us!

For any professional inqueries, contact the Public Relations Chair.

View our Members of the Month and check out available employment opportunities and scholarships below!

Members of the Month

Members of the Month

Volunteer to help spread nuclear knowledge and participate in much more! 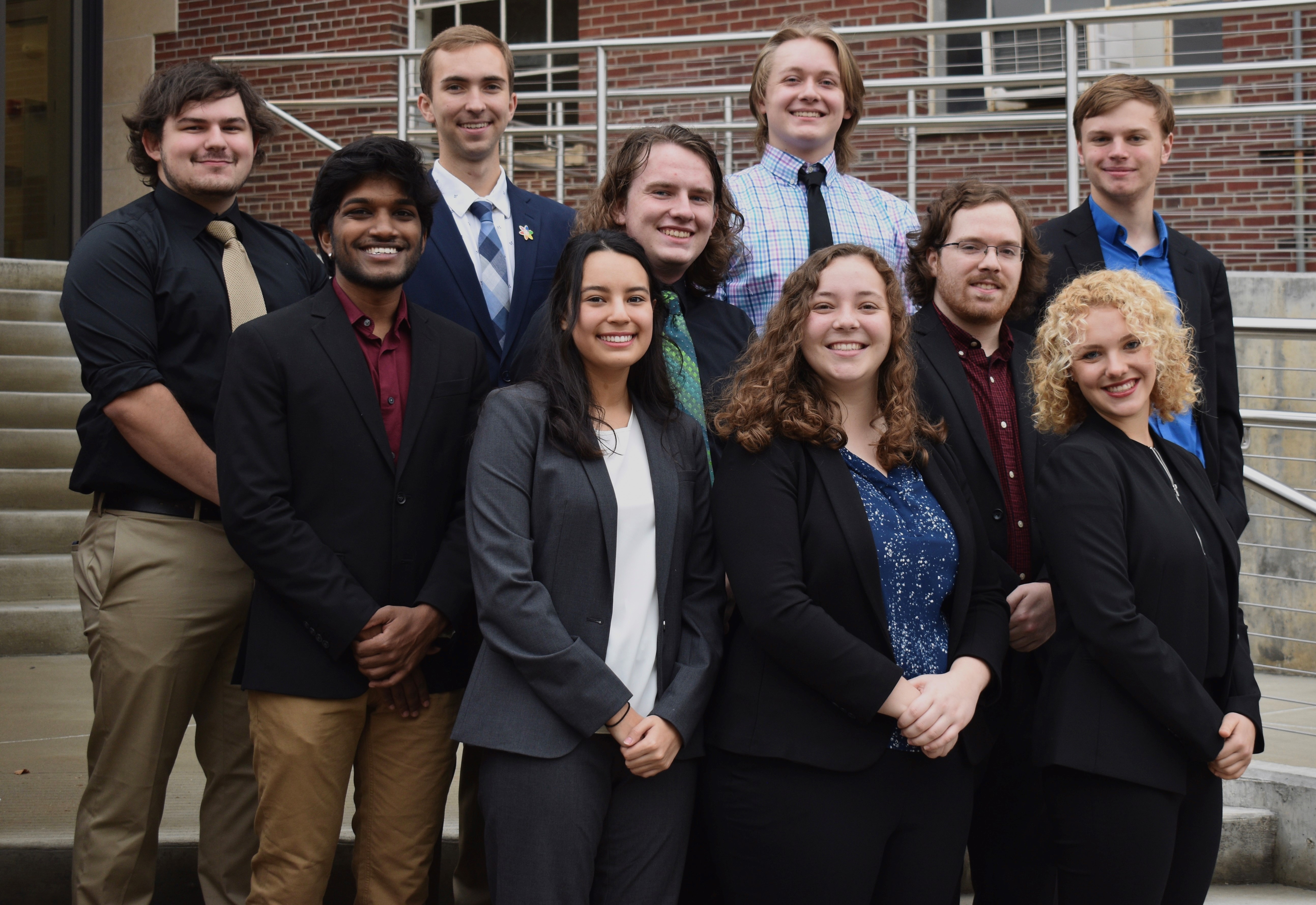 If you are unsure of who to contact, feel free to email ansatuofi@gmail.com with general questions, comments, or concerns.

Gavin is a Senior in the NPRE department concentrating on Power, Safety, and the Environment with a minor in Computer Science. He has spent summers working under Katy Huff in advanced reactors and fuel cycles and the Naval Nuclear Laboratory, and will be working in nuclear physics for the Naval Nuclear Laboratory in New York after graduation. He enjoys music, photography, gaming, and scolding people for not wearing masks when they definitely should be. Plus he's cracked at smash bros.

Dilan is a senior in the Plasma and Fusion Science concentration and is pursuing a minor in both Physics and Mathematics. He is interested in materials research dealing with fusion science, which he works on at the Center for Plasma-Materials Interactions Lab. Outside of school work, Dilan enjoys spending time with his friends, climbing things, and straigt-up vibing.

Josh is a junior in the Plasma and Fusion Science concentration in NPRE. He is currently working at the Laboratory of Computational Plasma Physics on the development of plasma-material simulation software. Outside of school and work, Josh enjoys being social(ly distant) with friends, playing video games, and cooking unnecessarily large quantities of beans.

Andrew is an NPRE junior in the Plasma and Fusion Science concentration. He currently works at the Center for Plasma-Material Interactions under Professor Ruzic, specifically doing research on liquid Lithium technology. Outside of school, Andrew enjoys playing video games, cooking, hiking, and just generally vibing.

Jake is an NPRE sophomore in the Power concentration. He currently works with the SoTeRiA Research Laboratory and is helping develop probabilistic risk analysis for advance reactors. In his free time, he is part of the Illini Esports Rainbow Six: Siege team and enjoys playing other games such as Civilization V. He also enjoys playing D&D with his friends and chilling.

Nataly is a sophomore on the Power, Safety, and Environment track in NPRE. Outside of ANS, she is also involved in the Advanced Reactors and Fuel Cycles research group and is on the executive board for UIUC’s student chapter of Women in Nuclear. She recently interned for Idaho National Laboratory and hopes to continue exploring microreactor applications in the future. Nataly’s non-nuclear interests include cooking, yoga, and drinking copious amounts of coffee.

Nathan is a Junior in Physics pursuing a minor in Math. If you have any questions about professional development with ANS, Physics, or engineering in general feel free to reach out. Outside of ANS, Nathan is a coordinator on the Engineering Outreach Bureau, and a research assistant at the Advanced Reactors and Fuel Cycles with Dr. Munk who enjoys cooking, playing volleyball, and exploring national parks.

David is a senior in the Plasma and Fusion Science concentration. He currently works at the Center for Plasma-Material Interactions conducting research on the use of atmospheric plasmas as tools for variable material surface depositions. Outside of ANS, he is involved in Illini Esports and a former captain of the competitive Rainbow Six: Siege team. When not doing school work, David enjoys reading, hanging out with his friends, and properly seasoning his chicken.

Paola is a Junior in NPRE with a concentration in power, safety, and the environment. This past summer, Paola worked as a Nuclear Fuels intern with the PWR group at Exelon. She is also involved in WiN (Women in Nuclear) where she further advocates for the importance of nuclear energy. Outside of school, Paola enjoys playing spike-ball, hanging out with friends and knitting.